Eggstravaganza 2017
Water Festival in 2017 was the first Water Festival event in Pokémon GO. It was related with World Water Day.[1]

Selected Water-type Pokémon had increased spawn rates in the wild (and from Incense, Lure Module). There was also a higher chance to encounter Pokémon from Johto in water biomes. 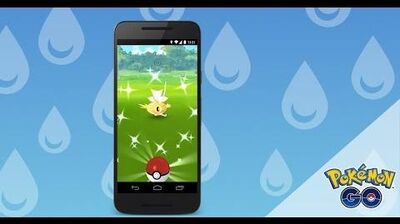