View source
watch 02:52
Roblox: DeepWoken - The Loop
Do you like this video?
Play Sound

Types are aspects of Pokémon and attacks, which give them an advantage over some types but a disadvantage over others. There are 18 types in total.

Certain Pokémon may have different types among distinct forms.

There are several dependencies between types:

For simplicity, the following values have been rounded. 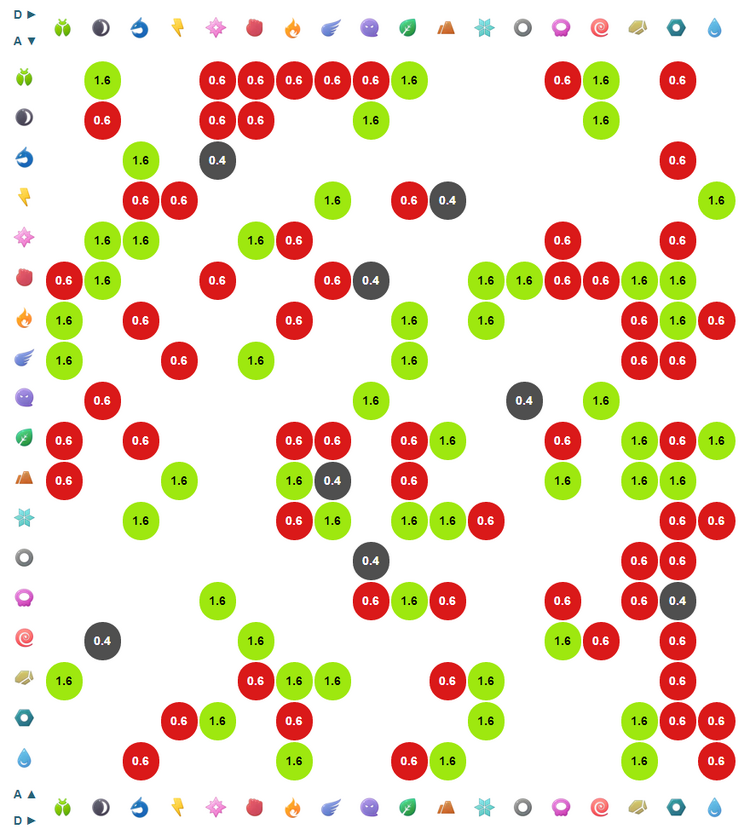 These following icons are seen mainly in Pokémon summary page displaying Pokémon's type and the types of its attacks. It can be also seen on cards with weather that informs player what types are currently being boosted.

These following icons are seen as medals for catching Pokémon of specific types. They can be seen on the trainer's profile page in the medals section and in the encounter screen as catch bonuses from such medals.

Prior to the release of Johto-region Pokémon, there were no backgrounds for Dark and Steel-type Pokémon, as none of the Kanto-region Pokémon had these types as primary types. Also, despite the presence of a background for Flying-type Pokémon in the game files at the launch of the game, there was no use for it until Tornadus was released.