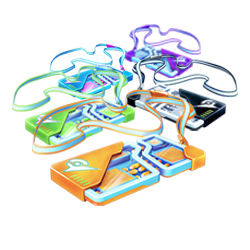 Raid Passes are items that can be acquired by spinning the Photo Disc at a Gym. The passes are used by Trainers to participate in Raid Battles. Raid Passes can only be obtained by Trainers on level 5 and above, because Trainers do not have access to gyms before reaching level 5.

There are four types of these passes:

To see currently-owned Raid Passes, players can check them on the item bag page 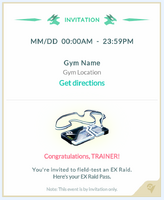