Pokémon Nests are areas in specific geographical locations where an increased number of the same species of Pokémon appear.

With the introduction of Pokémon from the Sinnoh region, a greater variety of Pokémon species will appear over time and at different rates in each area. Additionally, certain areas, such as parks and nature reserves, now contain more varied Pokémon species.[1]

According to player reports and thorough research, these species of Pokémon can spawn in Pokémon nests.

Nest migrations are regular events in which a Pokémon nest changes from one location to another location. A migration occurs every other Thursday between 0:00 UTC and 0:30 UTC. The 140th migration is scheduled to occur on January 7th, 2021.

In the early weeks of the game, the migrations occurred about once a month. Since October 2016, migrations have occurred bi-weekly on a regular schedule. When a batch of new Pokémon species are released, nests are usually changed immediately.

Below there is list of nests migrations that have previously occurred. 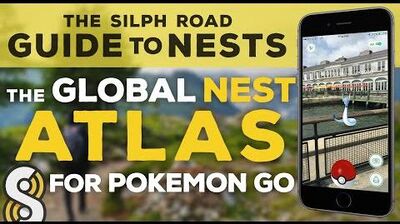