Kanto Celebration Event
Pokémon GO Tour: Kanto was an event in Pokémon GO to celebrate the Kanto region.[1] Trainers can experience additional features-Red or Green version of the event after purchasing the US$ 11.99 ticket.

Since the event started, there are numerous reports of gaining full access of the event for free.[2] Niantic announced a bonus event will be available for all paid ticket holders.[3]

Each version featured exclusive spawning on incenses. All the incense-exclusive Pokémon had increased shiny chance:

The event was divided into five different location-themed hour blocks. Details are listed on the Free features section below. Each paid version had a increased shiny chance for different species:

There was also one chance to be photobombed by this Pokémon:

To complete the Collection Challenges, Trainer must obtain all of the following Pokémon before February 28th, 2021 at 7:59 p.m (local time).

These stickers were available during the event:

There were two bundles available during the event from the in game shop for the ticket holders.

The reduced cost of trading is listed below:[5]

The event was divided into five different location-themed hour blocks, during which Pokémon from the corresponding Collection Challenge would appear in the wild. The last two hours of the event (7 p.m. to 9 p.m.) included all Pokémon from the prior hours.[6][7]

The following Raid Bosses were available for a time of this event. All Raid Eggs only took 5 minutes to hatch, and the Raid time was 25 minutes.

There were several Field Research tasks exclusively for the duration of the event.

During this event there was a Timed Research series that was titled GO Tour Kanto: Defeat All Challengers in game.

During the event, eight Trainer characters were available in-game map to battle. They had a theme for their teams and were chosen by a contest held by Niantic in January.[8][9] Several Poké Balls and Berries would be rewarded if the player defeated them. 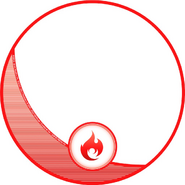 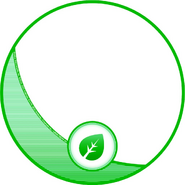