Arcane: League of Legends - The Loop

Pokémon, the main element of Pokémon GO, are creatures which Trainer has the task to catch.

Currently there are 654 Pokémon in game data, but not all of them are available to acquire. These Pokémon are known from Kanto, Johto, Hoenn, Sinnoh, Unova and Galar regions known from games of core series. Regional variants from Alola and Galar are also available.

Pokémon can be currently acquired in three ways:

Catching Pokémon in Pokémon GO is bit different than catching them in games from core series, as Trainer does not have to fight with Pokémon before he catches it (except for Raid and GO Rocket Battles in someway). Trainer can catch Pokémon by coming to spot where Pokémon is to encounter it in map view and then simply tapping on it to enter the encounter screen. Trainer can also catch Pokémon from a Bonus Challenge of Raid Battle, Shadow Pokémon rescue mission after battle with Team GO Rocket member, and as a reward from research tasks and GO Battle League.

Hatching Pokémon is second way of acquiring it. To hatch Pokémon, Trainer has to firstly get a Pokémon Egg by spinning Photo Disc at PokéStops and Gyms, then basically Trainer puts an Egg to an incubator and has to walk specified distance to hatch it.

Trading is the third way to acquire Pokémon. Trainers have to trade at close distance by using Stardust.

To enter to the page with captured Pokémon in game, player needs to:

Pokémon collection page on its top has two tabs - Pokémon and Eggs, that Trainer can click on it or swipe the screen right or left to access each of them. On each of those to tabs there's either shown all of the Pokémon Trainer captured or all of the Eggs Trainer has.

These sorting options can be swapped between ascending and descending orders.

There are several optional indications shown with each Pokémon thumbnails:

There are three ways to exit from the page with captured Pokémon:

In top-right corner of page with Pokémon Collection, under the tabs with Pokémon and Eggs there's search button that allows Trainer to filter their Pokémon collection. There are several commands and characters to filter Pokémon with.

Every captured Pokémon has its own summary page which Trainer can access by tapping on the certain Pokémon on the Pokémon Collection page.

On this page there are following elements:

1 Pokémon's CP
2 Button allowing to mark Pokémon as favourite
4 GO Snapshot button
3 Pokémon 3D Model
5 Name of Pokémon
Button next to it allows to change Pokémon's nickname.
On explanatory picture it's set to default.
6 Pokémon’s HP bar
7 Pokémon’s gender
8 Pokémon’s types, weight, and height
9 Pokémon related resources
These include: Stardust, Candy to the specific Pokémon family and Mega Energy if final evolution stage of Pokémon can Mega Evolve
10 Power Up button with its costs
11 Evolve button with its costs
If Pokémon has more evolution options, it is capable Mega Evolve, or it has has changeable forms, corresponding buttons will appear in this place.
12 Move set of Pokémon
13 Pokémon's second charge attack button
See: List of second Charged Attack costs for more details
14 Whereabouts of Pokémon obtaining
If the Pokémon was hatched from an Egg, it will display the location and time the Egg was obtained.
Currently, in front of the location, there's also displayed icon with certain Poké Ball with which caught or Egg from which Pokémon was hatched.
If Pokémon comes from evolution it shows basic Poké Ball instead of way the pre-evolutionary form was obtained.
If Pokémon was traded the information about original Trainer and trade date is displayed above the whereabouts of Pokémon's original obtaining.
15 Menu

Following options are available from this menu:

Pokédex is one of game elements, which allows Trainer to learn more about Pokémon that were already caught or seen.

Combat Power (CP for short) is a measurement which indicates how well particular Pokémon will perform in battle. Higher CP values mean the Pokémon will be stronger and will hit harder.

Hit Points (HP for short) is a measurement of the Pokémon's health. All Pokémon start out with full HP at capture, but HP can be depleted during battle. [1]

Hit Points of Pokémon are based on following formula

In Pokémon GO there are some statistics related to Pokémon that are hidden from player unlike the other games in Pokémon franchise and basically there is no place in game where they are displayed. Those are:

Pokémon have Genders that are either male or female but they can be also genderless. There are some Pokémon species that have only one gender. Some of Pokémon have also different forms depending on their genders.

For list of Pokémon species genders and their ratio for each other, see:

For list of different forms of Pokémon species depending on their genders, see:

Pokémon can evolve through the use of Candy. The amount of candy required differs depending on the Pokémon species. The CP of the previous evolutionary Pokémon affects the CP cap of the next stage of Pokémon.

Pokémon families also called Evolutionary lines are groups of Pokémon species that are related with each other through their evolution.

Transfer is an option in the game to remove specific Pokémon from Trainer's collection and in exchange for transferring a Pokémon they receive one Candy of Pokémon that was transferred.

To transfer a Pokémon, Trainer needs to:

There are some safety locks and prompts to prevent from accidental transferring favorite, rare and Legendary Pokémon. There is no possibility to transfer favorite Pokémon until its unmarked as favorite. There are several prompts that pop up while trying to transfer:

There is also no possibility to transfer Pokémon that is currently defending gym or is Trainer's Buddy Pokémon.

There is also an option to transfer more than one Pokémon at the time with same conditions: 1 Candy for 1 Pokémon Transferred.

To do so, Trained needs to:

Just like at singular transfer same safety locks work in case of mass transfer but with significant difference that there is just no option to select:

To transfer first four of the listed Trainer has to use manual transfer option from menu on each Pokémon's summary page.

This option is similar to Mass transfer and also rewards Trainer with one candy per one transferred Pokémon. Moreover, each successfully performed transfer to Pokémon Let's Go gives Trainer bonus 100 experience points – it can be mass transfer of any number of Pokémon as well as transfer of single Pokémon.

Only Pokémon valid to this transfer are shown after tapping on Transfer to Nintendo Switch icon in the top right corner of Pokémon collection page.

Buddy Pokémon is game element that allows Trainer to pick one specific Pokémon, which after walking certain distance will reward one candy of selected Pokémon.

Also only three of four Starter Pokémon appear near the new Trainer immediately while Trainer is guided by Professor Willow. Those Pokémon are Bulbasaur, Charmander and Squirtle. For the fourth one - Pikachu (which is considered to be an Easter Egg) Trainer has to move a bit further from spawned Starter Pokémon to make them disappear and show up again near Trainer's current location with chance to fourth Starter Pokémon to appear. If Pikachu does not appear, Trainer can keep on going further until Pikachu don't show up with rest of Starter Pokémon.

Shiny Pokémon are kind of extremely rare Pokémon that have, color variation that differs from their normal appearance. These color variations may range from minor hue adjustments to completely new palettes.

Shiny Pokémon will have an aurora of stars floating around them. Trainers won't see whether Pokémon is shiny in nearby until they encounter it. Once a Trainer captures a shiny Pokémon, their Pokédex will show that they have captured it and additional switch buttons for shiny forms will get unlocked in specific Pokédex entry.

Shiny Pokémon are released in parts with the events.

Legendary Pokémon are group of Pokémon considered to be very rare and powerful. They cannot be obtained by catching them in the wild nor hatching from eggs. There are two primarily methods to capture Legendary Pokémon: defeat them in Raid Battle and then can catch them in Bonus Challenge or claiming Research Breakthrough. They can also be traded in a Special Trade.

Mythical Pokémon are group of rare Pokémon which are encountered in special means, including Special Research and EX Raid Battle. The obtain method of Mythical Pokémon is more challenging than that of Legendary Pokémon.

In core-series games, Mythical Pokémon were a group of Pokémon seen so rarely in the Pokémon world that some question their very existence.

There are eight Baby Pokémon from the Johto region in Pokémon GO. All of them are available to hatch from eggs. These Pokémon include:

There are two Baby Pokémon from the Hoenn region in Pokémon GO. Both of them are available to hatch from eggs as well. These Pokémon include:

There are eight Baby Pokémon from the Sinnoh region in Pokémon GO. These Pokémon include:

There are several other Pokémon groups referred across different Pokémon games media and in player community, these groups are rather fanmade or unofficial but still commonly used.

Electrical rodents also referred as Pikachu family and Pikachu clones are group of Pokémon from different regions that are Electric-type and similar to Pikachu due to their designs.

Some people consider Marill to be a part of this group, however it doesn't completely fit as despite its rodent appearance it is not an Electric type.

Elemental monkeys are a group of region-exclusive Pokémon from the Unova region that are based on monkeys of various elemental types (Grass, Fire and Water). They share similar attacks, appearance and identical base stats. Each can evolve with the use of a Unova Stone.

Eeveelutions is a fan term for a group that basically includes all possible evolution forms of Eevee.

Fossil Pokémon are Rock-type Pokémon revived from fossils in main series. The majority of them are available in wild just like most of the Pokémon in Pokémon GO.

Hitmons is a fan term for a group that basically includes all three possible evolution forms of Tyrogue.

Pseudo-legendary Pokémon refers to the highest stage Pokémon that has a three-stage evolution line, 1,250,000 experience at level 100, and a base stat total of exactly 600 in main game series.

In Pokémon GO, they are powerful non-Legendary Pokémon having approximately 4,000 CP at max level. Their family lines require more resources to raise, such as 5-km Buddy distance and 75,000 Stardust and 75 candies for the second Charged Attack.

Lucky Pokémon are special Pokémon, received via trading and they require less Stardust to Power Up, and appear with a shimmery effects in the background of their Pokédex entries and on their summary pages.[2]

Shadow Pokémon are different forms of standard Pokémon, that can be rescued after successful defeat of any Team GO Rocket member. Shadow Pokémon are generally stronger and have their attacks boosted, however, they require larger amounts of Stardust and Candy to Power Up.

Shadow Pokémon can be purified into Purified Pokémon, which require less Stardust and Candy to Power Up and evolve than their standard forms. After purification, their IVs receive additional two points for each stat.

There are different backgrounds on Pokémon summary page depending on Pokémon's primary type. 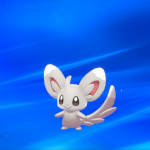 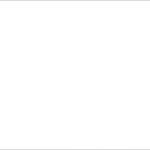 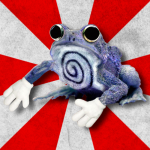 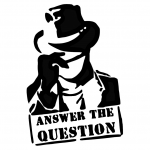 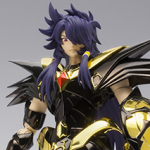