No
Pikachu is an Electric-type Pokémon from the Kanto region. It evolves from Pichu after being fed 25 candies and evolves into Raichu when fed 50 candies. Pikachu is also one of the Starter Pokémon available.

Mouse Pokémon
Whenever Pikachu comes across something new, it blasts it with a jolt of electricity. If you come across a blackened berry, it's evidence that this Pokémon mistook the intensity of its charge.
► - Pikachu's cry

Pikachu is part of a three-member family.

These Event Pikachu forms can be obtained from evolving respective costumed Pichu when available, and can evolve retaining their costume. 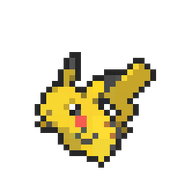 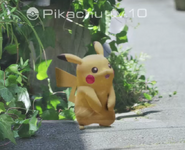 Pikachu seen in the game trailer

Secrets of the Jungle Event 2021