No
Meltan is a Steel-type Mythical Pokémon. It evolves into Melmetal when fed 400 candies. Meltan is available as the reward for Special Research tasks series — Let's GO, Meltan. Alternatively, a Mystery Box can be received from Pokémon: Let's Go or Pokémon HOME in order to capture more Meltan.

Hex Nut Pokémon
It melts particles of iron and other metals found in the subsoil, so it can absorb them into its body of molten steel.
► - Meltan's cry

Meltan is part of a two-member family. 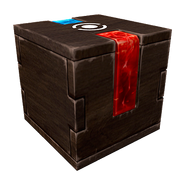 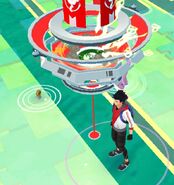