Pokémon Day 2018
Legendary Week was an event in Pokémon GO.[1]

During the event trainers had opportunity to catch all three Legendary Pokémon of Weather Trio, as for the time of the event Kyogre and Groudon had returned to the Raid Battles to be battled along with Rayquaza that was available at that time.

The results given on March 5th, 2018, stated that Rayquaza was defeated more times than Kyogre and Groudon combined, which resulted with Pokémon preferring windy weather hatched from Eggs.[2]

Following Pokémon were more probable to hatch from Eggs obtained between March 5th to March 16th, 2018:

For the time of this event there were special promotional offer available from in-game shop with following item-bundles[3]: 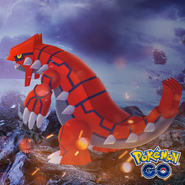 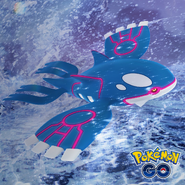 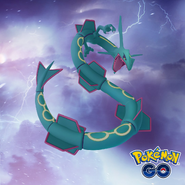 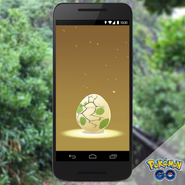 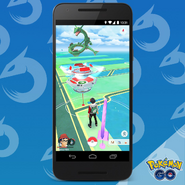