View source
watch 02:23
Wiki Targeted (Games)
Do you like this video?
Play Sound

Hoenn Pokémon Eggs
Holiday in 2017 was the second Holiday event in Pokémon GO. Moreover, this event coincided with the release of twenty aquatic-themed, Hoenn-region Pokémon.[1]

The following Pokémon were released with the start of the event:

Selected Pokémon had increased spawn rates in the wild and from Incense or Lure Modules:

Year after the very-first special offer boxes, there were new ones for this event, available from the shop for a limited time.

This offer introduced new graphic design for such boxes and it differs from previous special offer boxes by having futuristic style with more winter, holiday theme. 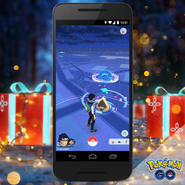 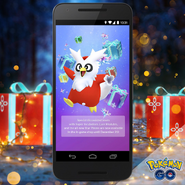 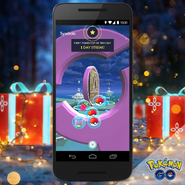 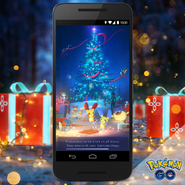