Hitmonchan is a Fighting-type Pokémon from Kanto region. He evolves from a high-defense Tyrogue when fed 25 candies.

Punching Pokémon
Hitmonchan is said to possess the spirit of a boxer who had been working toward a world championship. This Pokémon has an indomitable spirit and will never give up in the face of adversity.
► - Hitmonchan's cry

Hitmonchan is part of a four-member family. 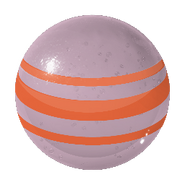 Retrieved from "https://pokemongo.fandom.com/wiki/Hitmonchan?oldid=49054"
Community content is available under CC-BY-SA unless otherwise noted.