Halloween in 2017 is the second Halloween event in Pokémon GO.

There was also Pikachu family members wearing a witch hat, temporally available to obtain through catching in wild (Pikachu and Raichu), hatching from eggs (Pichu) and evolution from one to another.

Following Pokémon had increased spawn rate in the wild:

Moreover, these Shiny Pokémon were released.

Additionally, there was possibility to hatch Pichu wearing witch hat from 2-km Eggs.

Special boxes, featuring items such as Raid Passes and Super Incubators, were available from the in-game shop.[2] 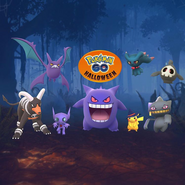 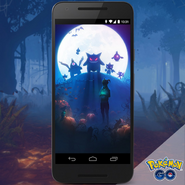 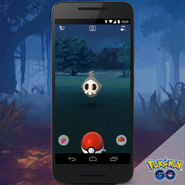 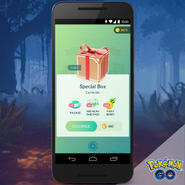 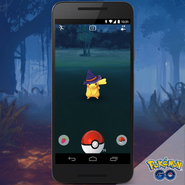 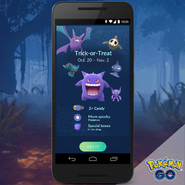 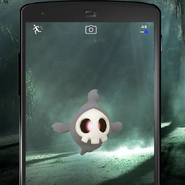 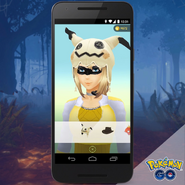