Gyms are points of interest found throughout the world where Trainers can battle the Pokémon of rival teams. Trainers from opposing teams battle for control of the Gyms. Each Gym can have up to six Pokémon assigned to defend it. Trainers from an opposing team can challenge the defenders with six of their own Pokémon, in hopes of claiming the Gym for their own team.

A Pokémon's ability to be successful in battle is primarily influenced by its Hit Points (HP) and Combat Power (CP).

Every Pokémon on a Gym has Motivation, a measurement of the Pokémon's desire to defend the location. Trainers from opposing teams battle to reduce the motivation of the Pokémon on the Gym. Pokémon gradually lose motivation over time and by losing battles against opposing team members. As a Pokémon loses motivation, its CP will temporarily decrease, making it weaker in battle. When a Pokémon's motivation reaches zero, it leaves the Gym and returns to its Trainer.

A Gym controlled by a rival team can be claimed by defeating the Pokémon on the Gym. Each time a rival Pokémon is defeated, its motivation is reduced. When a Pokémon's motivation reaches zero, it will leave the Gym and return to its Trainer. When all the Pokémon leave the Gym, the Gym becomes open for an opposing team to claim.

For Gyms with more powerful Pokémon, working with other Trainers is more effective. Gyms can be challenged by multiple Trainers at the same time. Trainers from two teams can even come together to take down a Gym controlled by a third team.

When battling Pokémon, Pokémon are battled in the order they were assigned to the Gym: the Pokémon on the Gym for the longest time will battle first.

Open Gyms are available for Trainers of any team to take. Teams are able to assign up to 6 Pokémon to a Gym, but a single Trainer can only assign one Pokémon to the Gym. Only one Pokémon of a single species can be assigned to a Gym at one time. So if there's a Raichu assigned to a Gym, another Trainer may not place their Raichu or its Alolan form in the Gym. Trainer cannot assign a Legendary or Mythical (except Meltan line) Pokémon to a Gym.

Motivation is a measurement of the Pokémon's desire to defend the location and every Pokémon on a Gym has a motivation meter to represent this value.

Pokémon assigned to defend a Gym lose motivation over time and as they are defeated in battle. As a Pokémon loses motivation, its CP will temporarily decrease, making it easier for opposing teams to defeat. To help keep the Pokémon motivated and in tip-top shape for their next battle, Trainers can treat their team's Pokémon to some berries, which restore their motivation. If a Pokémon loses all motivation, it will leave the Gym and return to its Trainer the next time it loses a battle, so Trainers will want to keep their team's Pokémon motivated by giving them Berries frequently.

To restore or increase Pokémon Motivation Trainer has to feed Pokémon defending friendly Gyms with berries. Increasing the Pokémon's motivation makes it harder for rival teams to capture the location.

Berries can be given to any Pokémon on Gyms controlled by a Trainer's team. Any kind of Berry can be given to a Pokémon - Golden Razz Berries, Razz Berries, Nanab Berries, and Pinap Berries. All Berries provide the same increase in motivation, with the exception of the Golden Razz Berry, which fully restores motivation; and the Nanab Berry, which increases the motivation by an additional 150%. In addition to keeping the defending Pokémon happy and strong for battle, Stardust and XP can be earned for giving Berries to Pokémon defending Gyms. A Trainer may feed up to ten berries per Pokémon before they are subjected to a cooldown.

Trainers can also remotely feed berries to Pokémon in friendly gyms, as long as they have a Pokémon defending that gym. To do so, the player must select either the corresponding gym badge for that gym or the Pokémon defending the gym (from their Pokémon roster), and then select "go to gym". This will allow the player to feed berries from a remote distance. However, berries fed from a remote distance are much less effective at restoring Pokémon motivation as opposed to feeding them from within the immediate vicinity of the gym; the only exception is the Golden Razz Berry, which will completely restore Pokémon motivation, regardless of the distance from which the berry is fed.

50 free PokéCoins can be earned in a day for keeping Pokémon in Gyms.

The longer the Pokémon stay on the Gym, the more PokéCoins will be earned. For every 10 minutes a Pokémon occupies a gym,

1 will be added to the Trainers' potential defender bonus. Trainers should give Pokémon treats often to keep them on the Gym and maximize the PokéCoins they'll earn. When a Pokémon leaves the Gym, it will return to its Trainer's collection bringing PokéCoins with it. A notification will be received with the amount of PokéCoins earned when the Pokémon returns to its Trainer. To get 50 PokéCoins within a day with one defender, it has to be in the Gym for 8 hours and 20 minutes.

PokéCoins are only redeemed after the Pokémon returns from the Gym. Once a Trainer has collected their

50 bonus, they must wait until midnight (local time) the following day in order to be eligible to collect

Before the gym update in June 2017, players could press a button in the shop menu every 21 hours, granting 10 PokéCoins for every Pokémon defending a gym at that moment, for a maximum of 10 Pokémon and 100 PokéCoins.

As a Trainer interacts more and more with a Gym - through battling in the Gym, defending the Gym for certain periods of time, spinning the photo disk, or by giving Pokémon treats - they'll receive recognition in the form of a Badge. Badges have four tiers: Basic, Bronze, Silver, and Gold. Trainers can unlock new tiers as they interact more with the Gyms. As a reward frequent interactions with a Gym, higher-level badges will award additional bonus items when spinning the Photo Disc.

When a Raid Boss appears atop a Gym, Trainers may participate in a Raid Battle in order to defeat it and receive special items and experience.

EX Raid Gyms are special gyms that can host EX Raid Battles. These gyms are rare compared to regular gyms, and most of them currently exist in parks. In mid-October 2019, the number of EX Raid Gyms was increased worldwide, with a notable increase outside of park areas.[1]

Items such as Poké Balls, Revives and Potions can be collected from Gyms by spinning the Photo Disc inside of marker at the top of the Gym. The Gym marker with Photo Disc is normally in color corresponding to ocuppying Team (red, blue, yellow or grey). Once the Photo Disc is spun, the marker turns pale-purple for its 5 minute cool-down similarly as with PokéStops.

The Photo Disc can still be spun while a Raid Battle is taking place at the Gym. 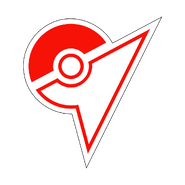 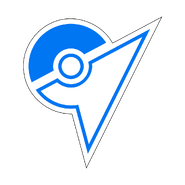 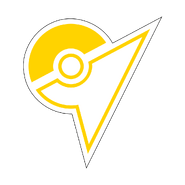 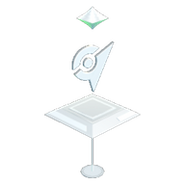 Gym claimed by Team Valor, before rework of Gyms System

Gym claimed by Team Valor, in Map View before rework of Gyms System

Gym claimed by Team Mystic, in Map View before rework of Gyms System

Gym claimed by Team Instinct, in Map View before rework of Gyms System