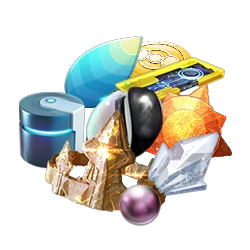 Evolution Items are items used to evolve certain species of Pokémon. There are currently seven items that can be obtained, that are:

Claiming Research Breakthrough or participating Trainer Battle has a small chance to obtain one.

There is small chance that they can be obtained from spinning Photo Disc in PokéStops and Gyms and trainer is guaranteed one on their seventh day spin streak. They can be also obtained as a reward from research tasks and gifts.

Retrieved from "https://pokemongo.fandom.com/wiki/Evolution_Items?oldid=54715"
Community content is available under CC-BY-SA unless otherwise noted.