Evolution is a game mechanic that allows Trainer to make Pokémon stronger and more advanced by feeding it with certain amounts of Candy. Evolved Pokémon generally has higher CP and HP, usually making them a more valuable for battles. 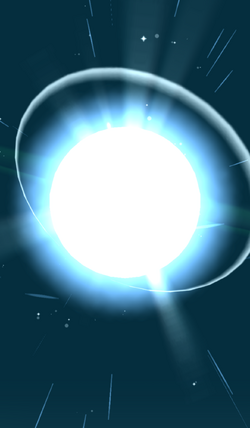 To evolve Pokémon, player needs to:

Every Pokémon that can evolve requires certain amounts of candy to be evolved. There are some other Pokémon that require Evolution Items or distance walked as Buddy Pokémon.

There are several patterns for candy costs regarding the number of members of each Pokémon family.

There are currently in game six Pokémon that need certain distance walked as Buddy Pokémon to be evolved.

There are also other evolution requirements to perform with Buddy Pokémon rather than walking distance.

Other than the ordinary Lure Modules, other advanced versions enable certain Pokémon to evolve when Trainer is within the range of the PokéStop under effect.

Since January 10th, 2020, certain Pokémon result in no candy cost to evolve if it is previously traded.[1] The candidates are:

Each Pokémon is a member of a Pokémon family (also known as evolutionary line). It is basically a group of Pokémon that are related with each other as one of such Pokémon evolve into or from another.

Pokémon evolution families can range between a single to three-stage evolutions, but there can also be more than three members within a family, as some of Pokémon families might be branched.

Mega Evolution was announced and released in 2020.[2] It is a temporary form change requiring Mega Energy. Pokémon are more powerful when Mega-Evolved.