No
Eevee is a Normal-type Pokémon from the Kanto region. It can evolve into 8 different Pokémon when fed 25 candies, these Pokémon are: Vaporeon, Jolteon, Flareon, Espeon, Umbreon, Leafeon, Glaceon and Sylveon.

Evolution Pokémon
Eevee has an unstable genetic makeup that suddenly mutates due to the environment in which it lives. Radiation from various stones causes this Pokémon to evolve.
► - Eevee's cry

Eevee is part of a nine-member family.

This Event Eevee form can evolve retaining its costume. 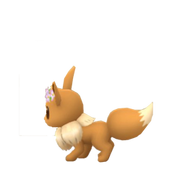 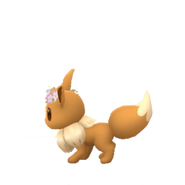 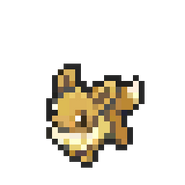